Words of wisdom and miscellaneous facts by Dr. Wysong and others. This is an accumulation over several decades and the accuracy cannot be attested to.

LIES AS BIG AS THE UNIVERSE


"We'll know our disinformation program is complete when everything the American public believes is false."—William Casey CIA director 1981

(Cosmology is not an academic exercise. It is vitally important. We are being misled about something as fundamental as the ground on which we stand and the sky overhead. Whoever is misleading us knows no bounds and therefore should not be implicitly trusted on anything. Truth lies in our own discoveries, not the words of others with self-serving agendas.)

"We'll know our disinformation program is complete when everything the American public believes is false."—William Casey CIA director 1981 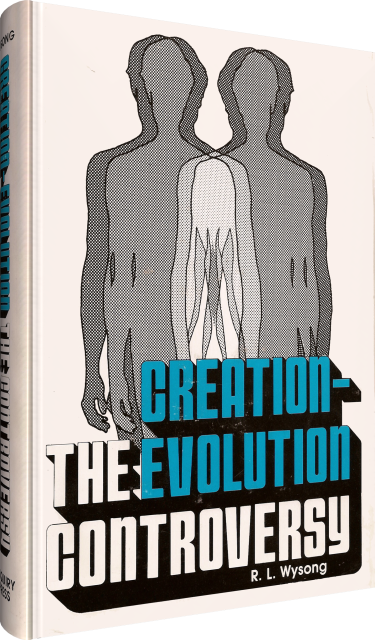 
A daring adventure between two emotionally charged spheres of thought.

Who has not wondered about the origin of the universe and life? And, for certain, this is a question that should be taken with the utmost seriousness and sense of duty. After all, how can we know why we are here or what we should be doing if we do not know where we came from?

Although religions have their belief (creation), and materialists have their belief (evolution), beliefs are not what truth is about. This is a book of daring adventure between these two emotionally charged belief systems. Rather than advocate, Dr. Wysong pits one belief against the other using the only weapons that should be used if truth is the objective: reason and evidence.

Dr. Wysong’s rational, philosophic, and scientific probings make this book a reservoir of thoughtful and factual information that will not draw dust on your bookshelf.

Now in its twelfth printing, this 1975 book has been read worldwide, is widely cited on the web, and continues to be used in schools. It has helped lay the groundwork for a rational dialogue between religion and science and remains current to this day because of its even handed treatment of the subject and because reason should never fall out of fashion.

All who profess a love of knowledge, thirst for answers about our origins, seek scientific and logical clarity, and can come to this subject with a truly open mind will find The Creation-Evolution Controversy refreshing, illuminating, and worthy of more than the usual attention.

"The man is going against the stream. But he seems to be big enough to do it and he appears to have done his homework. In these times of shaking institutions and falling idols, maybe this is a book whose time has come...a mountain of a job." – M. Cole, author

"A work well documented and presented in the spirit of the search for truth which has been one of man’s noblest pursuits down through the ages." – E. Uhlan, Exposition Press

"We are fascinated by the very thorough and meticulous job." – W. Cannon, Thomas Nelson, Inc.

"The work is a highly informative and well supported examination of all the aspects... The writing style is interesting, relaxed, and in spite of the subject matter, fairly free from heavy technical terminology and without pedanticism." – D. Warmouth, editor

Creation by a supernatural being, which is considered mythology in scientific circles, and evolution, which is considered blasphemy in many religious circles, have never been compared in this way before. And never has a method for resolving the issue in a rational manner been so clearly outlined.

Dr. Wysong’s probings into disciplines from chemistry to philosophy to geology, and the fascinating array of 138 illustrations, make this book a reservoir of information that will not draw dust on your bookshelf.

To learn more about the book, read chapter excerpts and more, click here.
¹Continental United States residential addresses only.
Disclaimer: This information has been created solely for educational purposes. It is the sharing of knowledge gained through decades of Dr. Wysong's experience and research. Dr. Wysong is not engaged in giving medical advice or services. The information provided is not to be construed as a relationship of diagnostician/prescriber (Dr. Wysong) and patient (you), but as educator (Dr. Wysong) and information seeker (you). Dr. Wysong's information is not intended as medical advice or to replace a one-on-one relationship with a qualified health care professional. The reader understands that everything done or tried as a result from reading this information or anything on the related websites is at his or her own risk. Dr. Wysong and his staff shall have neither liability nor responsibility to any person or entity with respect to any loss, damage or injury caused, or alleged to be caused directly or indirectly by the information provided. It is fully the reader's choice as to how they act or don't act upon the educational information Dr. Wysong presents.
Information on this site may be copied intact with copyright, source, and authorship identified, and provided it is used only in not-for-profit purposes. Copying beyond excerpts and individual articles, or any other use requires specific permission by Dr. Wysong.